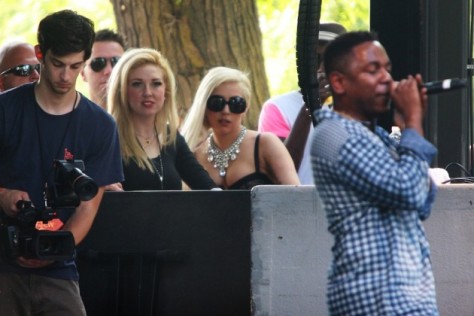 I am so excited to announce that a record I’ve been working on has now become a collaboration with @kendricklamar for HIS ALBUM.

I wrote “PARTYNAUSEOUS” about Jakarta, and my relationship with that country. Wishing I could “get high with the enemy” and make peace.

Once @kendricklamar + I started talking about life + his forward thinking views about love + hip hop, the song became something more.

@LadyGaga and rapper @KendrickLamar have teamed up for a track on his debut album, called PartyNauseous.